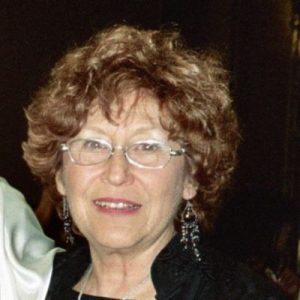 For the past couple of years, every few weeks, I would find myself waking up in a panic and having the sense that someone or something was standing next to me on my side of the bed. After waking up like this, I could not get back to sleep and would end up in one of our other bedrooms.  In this bedroom is my mom’s (Ariel Wolfe) furniture and other decor.  It’s a gentle space where I feel safe and protected.

In the mornings, Jeff, my husband, would find me in the bedroom, and we both decided I was probably having a bad dream.

About six months ago, it started to happen more frequently.  I would wake up, or something was waking me up and I would find myself flailing my hands all around trying to get whatever it was to leave. I couldn’t get back to sleep and would end up in the back bedroom comforted by all my mom’s belongings and energy.

I’m not really one to see spirits the way spiritual medium Lisa Williams or John Holland might see them, so it was kind of strange this was happening. I actually thought it was some kind of menopausal symptom, but was disavowed of this idea when my doctor giggled.

At this point I realized that someone was trying to get my attention, but whoever it was did not feel good at all.  It did not feel like my mom.  She’s come to me many times and this had a different energy.

Then one night, I woke up again in a panic, kicking my feet and grabbing my pillow, thrashing it about where I felt the spirit. On this particular night I was extremely panicked.

In the morning, I needed to get an answer and get rid of whoever it was that was disrupting my sleep.  I told Jeff that I was very clear it was a spirit.  He wasn’t convinced and got his dousing rod that he uses at times in his practice with patients.

Much to his surprise, he received confirmation.  It was a strong male energy and felt like one of my step-fathers.  I was extremely clear that I did not want him around me.  He was a very dysfunctional and cruel man and I needed him gone.

We cleared the energy with smudge, I commanded him to leave and then Jeff stepped in to bring his power and told him he is not welcome….well, he used much stronger language!

It still nagged at me as to why he was there, so I picked up the phone and called my dear friend Denise Linn. Without hesitation, Denise began to describe him and confirmed everything we were feeling. Sometimes we need to set a boundary again with someone to leave us alone even if they are in the spirit world.

I shared this story with my sister, Jaime and told her that after an episode I would go into what we now call “Mom’s Room” and I’m safe there and nothing bothers me.  I said to Jaime, “if it’s Hank, he wouldn’t dare come where mom is!”  We both laughed and she said “Why don’t you put something that symbolizes Mom next to your bed!  That would keep him away!”

Our mom LOVED wearing earrings.  It was her thing!  The more decadent and dangly the better.  So I took a pair of her earrings and put them on my nightstand.

I’ve had an undisturbed peaceful night’s sleep ever since!

Monthly inspiration and support for your spiritual journey straight to your inbox.